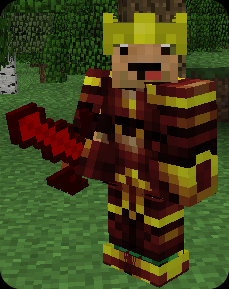 Welcome to the MasCraft Wiki

The Official Wiki for the MasCraft mod for Minecraft. Maintained by Massycraft (mod developer), with help from MiceyCraft (wiki administrator).

MasCraft is a Minecraft mod created by MassyCraft. It adds many new items to the vanilla game in order to flesh out the game experience and allow for more enjoyable progress by encouraging the exploration of all areas. Most of the content is inspired by fantasy RPGs such as RuneScape and The Elder Scrolls, and adds new aspects such as magic into Minecraft. The primary goal of the mod is to provide a more enjoyable and less repetitive start to the game (with new items available straight away), in addition to adding further, more powerful end-game items to add a new element of difficulty for completionists.

The mod itself is entirely coded by MassyCraft, who also maintains this wiki. The mod was started with a complete absense of Java programming knowledge, and progressed as a goal for MassyCraft to learn the basics of coding. Note that due to this, many Java and Forge guides were followed, meaning that some code is quasi-replicatory of other developers' mods. MassyCraft can assure that absolutely NO code has been copied identically, and any similar code has been broken down, attempted to be understood, and rewritten again in a suitable format.

If you are unsure of how to do the above, search for a video on how to install mods with forge and follow the steps. However it is important that you MUST extract the mascraft.zip file into the mods folder instead of just placing the .zip file in there.

...AND MANY MORE NEW TOOLS AND ITEMS!

Retrieved from "https://mascraft.fandom.com/wiki/MasCraft_Wiki?oldid=5052"
Community content is available under CC-BY-SA unless otherwise noted.